Wikilivres is a free content online library of creative works (primarily texts and images) in the public domain, or under a free licence. This site is hosted in New Zealand and follows New Zealand copyright law. Founded in April 2006, this site currently has 31,500 pages, which make up thousands of books and documents from 1,621 authors from all over the world.

You are welcome to publish files and texts here if they cannot be accepted in Wikimedia Commons and Wikisource. Works that can be accepted at those projects should be published there. You can test the publishing and editing processes used on this site in the Sandbox. Editor accounts can be created by visiting the account creation form, please note that contributions by new users may not appear immediately on Wikilivres due to the content review system.

Wikilivres is supported solely by donations and is financially independent from the US based Wikimedia Foundation. Donate to Wikilivres today, all funds donated go directly to paying for the hosting costs of this website which does not run advertising and never will. 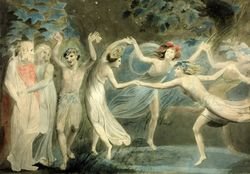 Charles the King, our Lord and Sovereign,
Full seven years hath sojourned in Spain,
Conquered the land, and won the western main,
Now no fortress against him doth remain,
No city walls are left for him to gain,
Save Sarraguce, that sits on high mountain.
Marsile its King, who feareth not God's name,
Mahumet's man, he invokes Apollin's aid,
Nor wards off ills that shall to him attain.
AOI.

King Marsilies he lay at Sarraguce,
Went he his way into an orchard cool;
There on a throne he sate, of marble blue,
Round him his men, full twenty thousand, stood.
Called he forth then his counts, also his dukes:
"My Lords, give ear to our impending doom:
That Emperour, Charles of France the Douce,
Into this land is come, us to confuse.
I have no host in battle him to prove,
Nor have I strength his forces to undo.
Counsel me then, ye that are wise and true;
Can ye ward off this present death and dule?"
What word to say no pagan of them knew,
Save Blancandrin, of th' Castle of Val Funde.

In memoriam of Ray Saintonge